NFL wants to speed up the game. Television rates drops and before it is too late, the organization want to act. One suggestion that has been discussed is to shorten the commercial breaks. (Article)

This post was first published in SportsBizTrends.com newsletter November 15.

Impossible, of course, to say if that is the solution, but it’s at least better to raise the questions now than to see revenue streams (TV, attendance, sponsorship) decline.

However, a misreading about these discussions is that it would reduce the commercialization of the league. I don’t get it.

The commercialization is still there, that’s why they even raise the questions…

When money once started pouring in, it immediately becomes difficult to stop the snowball from rolling on. No one wants to rewind the tape when it affects your wallet.

Conclusion
Many sports are looking at changing its format to adapt to the “new” society and the demands that come with it. Very few has, yet, succeeded.

Corporate initiatives will be more agile than federations and organizations, that are often characterized by politics and traditions.

Tennis has cracked the code?
A couple of weeks in Vienna, for the second time after Royal Albert Hall last year, organizers arranged “Tie Break Tens”, that I find extremely interesting.

It involves short matches in super tiebreak. Group stage with stars, local profiles, and – not least – former players that the “general public” recognize, even if they aren’t tennis fans.

WTA boss Steve Simon has been the most concrete and proposed a series of rule changes, which also Novak Djokovic commented, without closing any doors.

Tennis has, as you probably already know, even its Indian league (title sponsored by Coca-Cola). The question is: when do China launch their league?

Remember: Everything is about what we consumers want. Or at least what we think we want…

This post was first published in SportsBizTrends.com newsletter November 15. 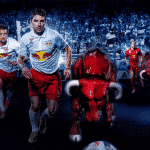 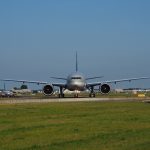 The end of the Middle Eastern sponsorship world as we know it?